IT IS BIG BUSINESS FOR THEM.

Purchasing old, defaulted credit card accounts is a multi-billion dollar industry, and some of the largest companies involved in the industry are also some of the largest financial institutions in the country. For example, Portfolio Recovery Associates, whose stock is traded in NASDAQ as PRAA, reported profits in just the third quarter of 2016 alone of over $222 million.   Midland Funding is owned by Encore Capital Group, Inc. whose stock is traded in NASDAQ as ECPG and reported revenue of over $697 million for the 9 months ending September 30, 2016.


THEY HAVE LIMITED INFORMATION AND DOCUMENTS.

When purchasing a credit card account, the debt purchaser frequently does not obtain much more than very basic information about the account, such as the date it was opened and the balance owed. Also, the only account documents generally obtained by the debt purchaser are a handful of the most recent account statements. In most cases, they do not have documents or information relating to the application for the account. The debt purchasers also lack documents or information showing a history of the charges and payments on the account. In other words, they have no way of verifying that the balance they claim is owing is correct!  This can create problems for them in court if a consumer defends a lawsuit that they file.

THEY FACE EVIDENCE PROBLEMS AND OFTEN

There are detailed rules that govern what constitutes evidence and how to present evidence to the court.  There are also rules that establish objections to the attempt to use evidence.  Since they, themselves did not open the account, obtain information about the charges made, post payments or create account statements, credit card debt purchasers must rely on the limited information and documents provided to them by the original credit card company.  Also, there are valid objections that can be raised against being able to have the information and documents considered as evidence by the court.  Frequently, accounts are bought and sold multiple times making it even more difficult for the credit card purchaser to prove that they even own the account.


THEY MUST SEND YOU WRITTEN NOTICE THAT

The credit card purchaser is required by law to send a written notice to the consumer informing the consumer that the credit card account has been acquired and they now claim to own the account. Often, the purchaser either does not comply with this law, or cannot prove that they complied.  If they did not comply and this defense is established, they cannot win their lawsuit 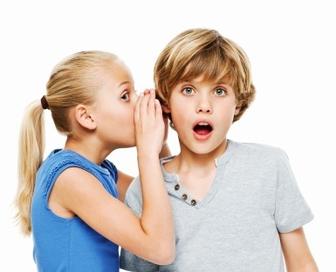 THE FIVE DIRTY SECRETS OF THE

THEY PAY PENNIES ON THE DOLLAR TO BUY YOUR DEBT.

The debt purchasers generally pay from 6 to 7 cents on the dollar for accounts that have recently been charged off. Older accounts can be purchased for 1 to 2 cents on the dollar or less!   These companies purchase the accounts, file suit, and often get paid by the consumer 50% or more of the balance.